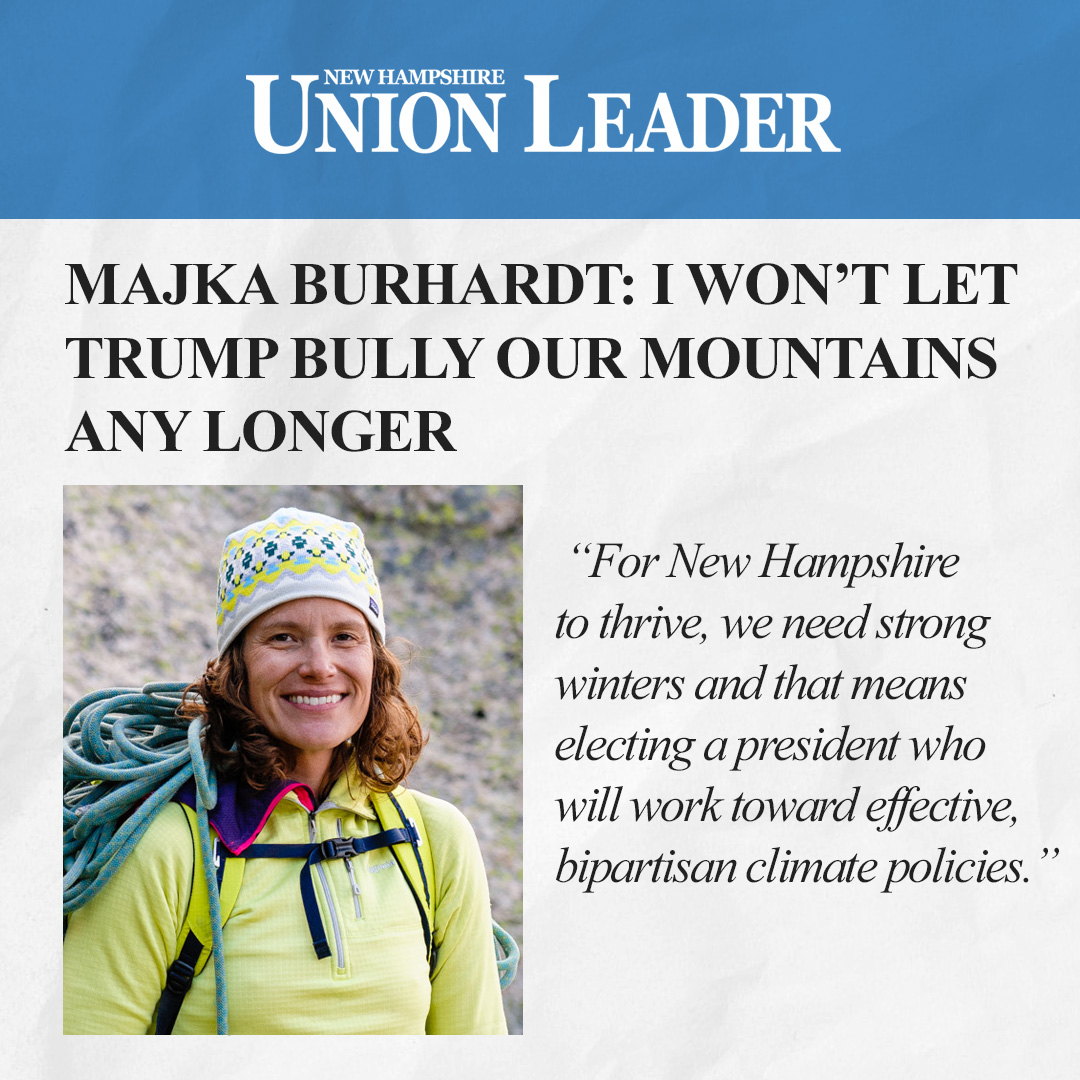 I’VE BEEN an activist since I was eight years old. As a kid of Polish descent growing up in Minnesota, other kids would tease me for my funny-sounding name (it’s pronounced My-ka). I could sit there and take it, or I could stand up for myself. I chose the latter and I’ve been doing so ever since.

Since my early 20s, my life has been devoted to the mountains, so naturally, when I became a professional climber and guide, I turned into an advocate for the outdoors, too. I moved from Colorado to Jackson in 2011, in part due to the great access to ice climbing in the White Mountains.

It was here, perched on sheets of ice with an ice ax and crampons, that I first started to see the impacts of our changing climate. Over the years, I’ve seen increasingly massive fluctuations in ice melt and flash freezing shorten our winters, compromise our state’s economy, and even increase the number of mountain rescues.

It’s always been important to me to fight for the places where I have the privilege to spend time. That is why I can no longer stand by as Donald Trump continues to bully the environment into submission. During his four years in office, Trump has pulled the U.S. out of the Paris Agreement on climate, rolled back countless environmental regulations, and opened up protected land to oil drilling.