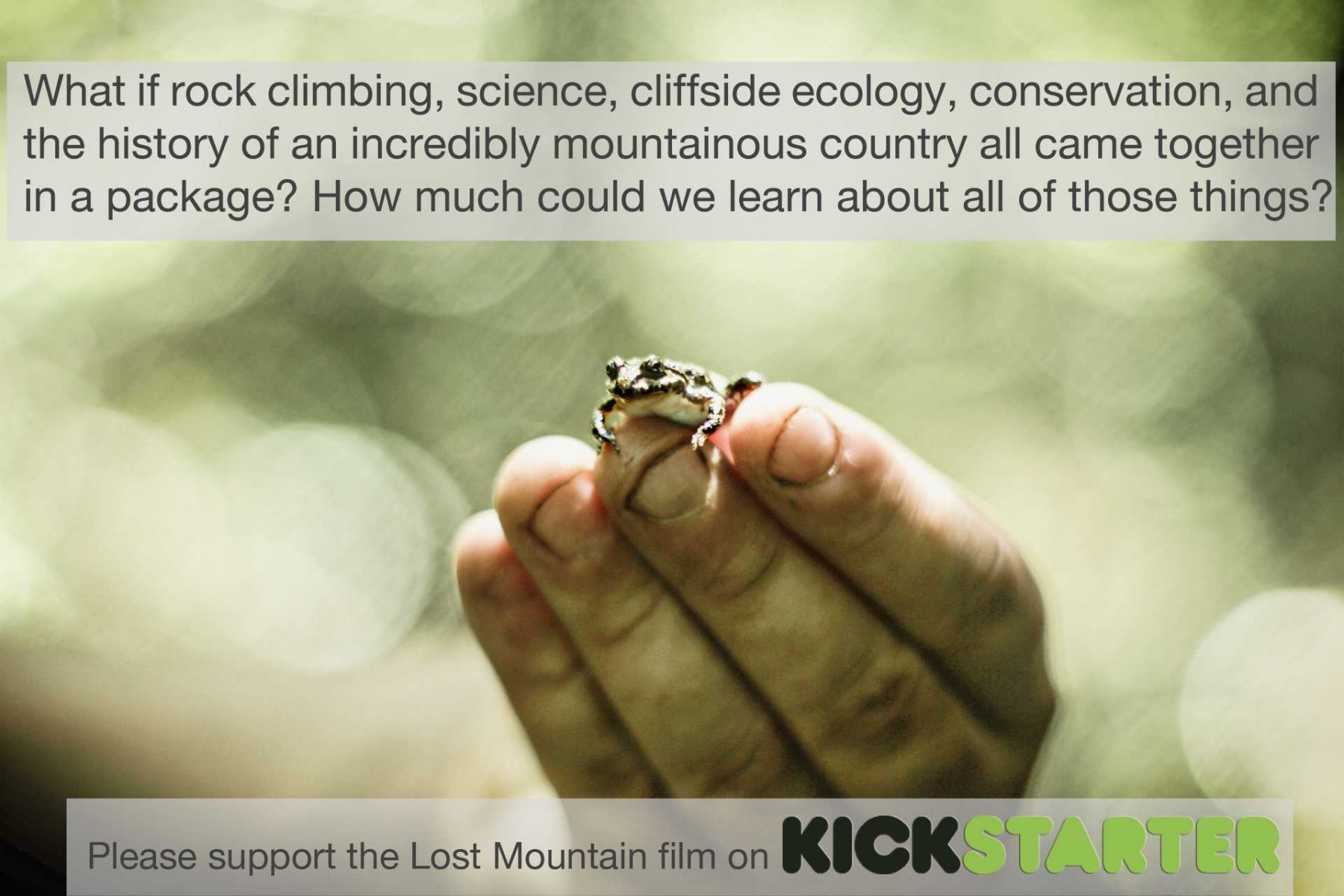 Three years ago I saw a photo of a rock face in Mozambique. It became an astonishing force in my life. 36 months, a 3-week reconnaissance trip, and one very special frog later I’m heading to that rock face with an eight-person team of scientists, conservationists, and climbers in October. We’re finding species new to science, we’re starting a new … END_OF_DOCUMENT_TOKEN_TO_BE_REPLACED