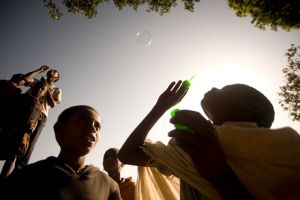 It’s been two months since global officials have officially deemed the famine in the Horn of Africa as the worst to hit the world in a century. During those same two months, I’ve released Coffee Story: Ethiopia and have been speaking to audiences about a broader landscape of possibility in Ethiopia that includes coffee. Coffee Story is the result of five years … END_OF_DOCUMENT_TOKEN_TO_BE_REPLACED