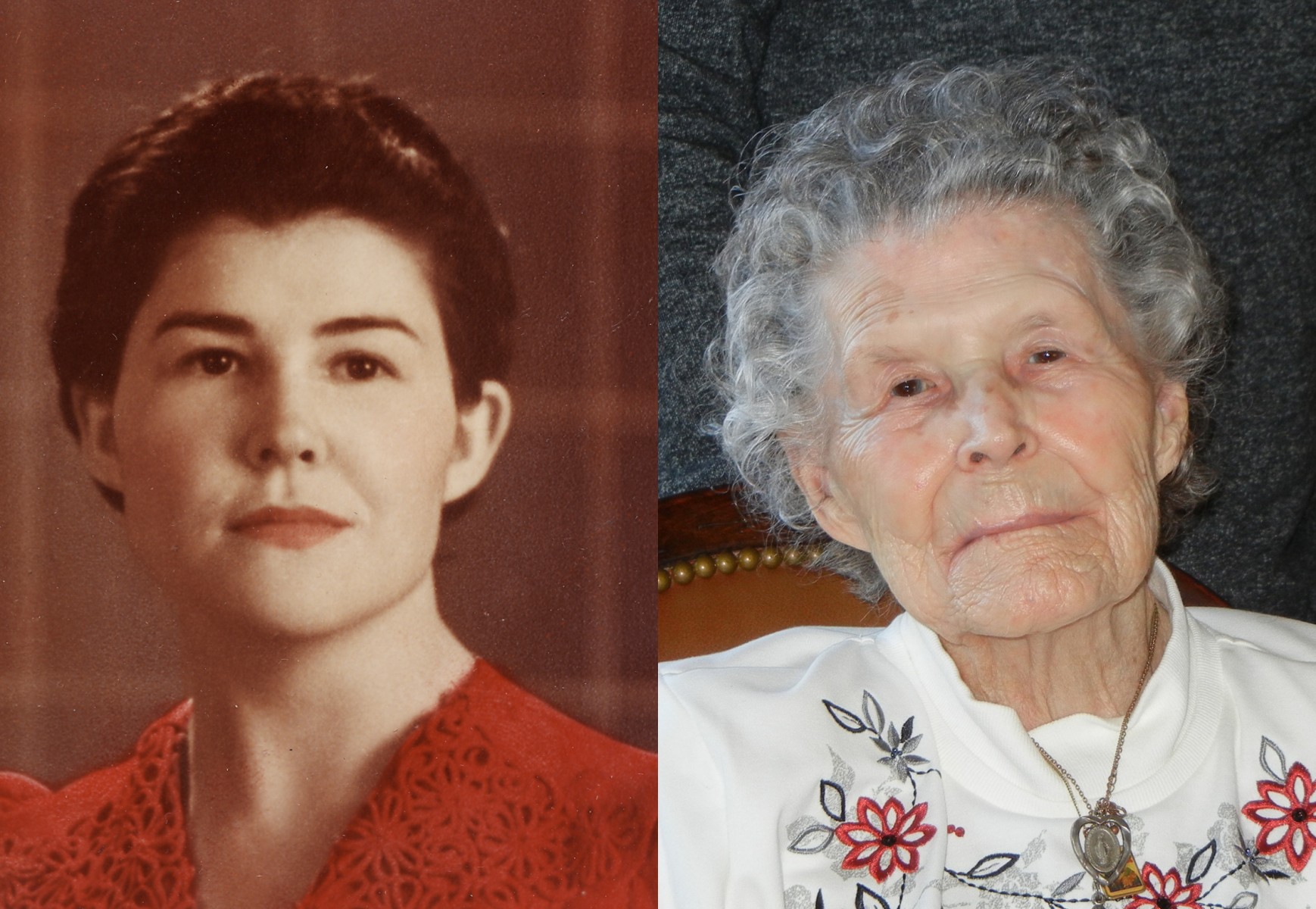 It’s 11:00 in New Hampshire, which means it’s 10:00 in Minneapolis, which means my grandmother’s funeral has just begun. I’m not there. I’m here. I wrote her obituary and it ran in today’s Star and Tribune. It wasn’t the whole story. Actually, I’m wrong—it was. It gave a complete picture of my grandma. But I need my picture.

The night my grandma had a stroke, an interview I did with Jonathan Fields was released. In it, he asked me about risk and what makes risk worth it. We talked about how far is too far and what is acceptable and unacceptable risk in climbing and in life. He asked me where I picked up this penchant for exploring the edge of risk. I gave him the wrong answer in the interview; I should have said my grandmother.

Kay Schmidt was a spunky fireball. She was the only one of 14 brothers and sisters from an Iowa farm family to go to college. She came up to The College of St. Catherine in Minneapolis and when she graduated she returned home to Remsen, Iowa, and fetched my grandfather, Omar, off to go to college himself. They went to Oregon, unmarried at first, and she proceeded to put him through college there. When they did get married, in 1939, it was just making official what he’d started when they were in 5thgrade when he asked her to marry him and they’d sealed the deal with a stick of gum.

My grandparents eventually settled back in Minnesota. But my grandmother was always in love with the mountains. I’ve called her from the Tetons, the Sierras, the Himalaya, the Ethiopian Highlands, South Africa’s lowlands, the Absarokas, the Whites, the Andes, and from the endless stretches of pavement and tarmac I’ve used to move between them all. Her first question to me, always, was “Where are you now?” More times than I expected she’d have her own memory of that place either from visiting it or learning about it. We explored the world together like this for the past fifteen years.

The first time my grandmother went west was as a college student. A recruiter for Glacier National Park saw my grandmother stride confidently across a gym floor and told her; “You look like a young woman who’d like to see Montana.” She was right. Grandma travelled by train to work at a lodge at Lake McDonald and was in charge of making toast. It wasn’t long before she was in charge of the pies. We reminisced about that just two weeks ago. She was still proud of that promotion. She still wanted to get back to that lodge. She’d had the chance to come close to it often in the past dozen years by visiting my mother and stepfather at their ranch outside of Livingston, Montana. She was adamant to ride a horse each time she was there until the last, last summer, when she was 96.

When I think of my grandmother, I think of that young woman on the gym floor: dark hair, strong shoulders, purposeful stride. I see that woman go to graduate school in the early 40’s and get her Masters. I see her brown eyes sparkle with the pride of doing what was not normally done as a woman, and doing it well. I see her on a horse in her 90’s. I see that same sparkle in her eyes. I see her take the challenge that few others would have even known was there. And I see her loving it.

There was much more to my grandma then I am telling you—she was an astonishing mother to five children, grandmother to nine, and great grandmother to twelve (and always, always ready to add another baby to her line). She was a social worker committed to families and elders in nursing homes and making those places better for all. When writing her obituary I saw the summation of this coalesce, and I realized that to me the summation was too broad.

Maybe we all take from people the things we need most. My grandmother had a grand and full life and took chances—and it’s those chances that sparkle for me. I am forever in her debt, and forever tied to her in my love and appreciation. Thank you, grandma, for teaching me how to be big and bold and brash, and still make dessert. Here is to you, Kay Schmidt—the original risk taker. May your passion and love live on in all of us, always.