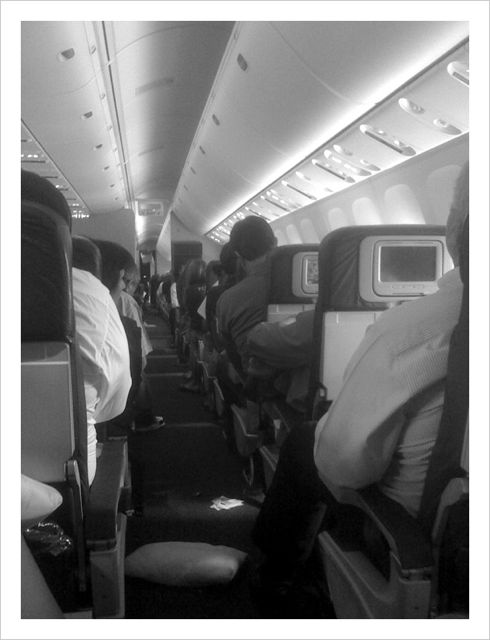 My dog Osito’s breath smells like a combination of dead chipmunk and poop—even though I know he has had neither in the past three days. I’ve been watching him non-stop. It’s how I make up for being gone.

I landed back in Colorado last Friday, spent all day at a memorial service on Saturday, got a migraine Sunday, and drove to Jackson on Monday. On Tuesday morning I started catching up with myself.

My friend Ashley isn’t buying it. She wrote me the following in an email on Tuesday night after telling me, admittedly judgmentally, that she thought I could use some down time.
“So, anyway, the question remains: Do you like traveling, like, all the time?”

I didn’t write her back for two days. She was upping the ante and she knew it. She didn’t care what I thought about traveling (see Exotic Normalcy, previous post). She was calling me out for not stopping. I took eight flights in seven days last week. When I told my colleague in Amsterdam that I had come up to Holland since I was already in Spain, he looked at me without blinking. “You really are American,” he said.

The schedule looked possible on paper and might even look good in a movie, but that’s just because they never show the main character stubbing her toe for the third time on the raised threshold to the hotel bathroom, or loosing her mouthguard (let alone wearing a mouthguard) in the Copenhagen Airport, or taking the wrong train, for the second time, on the way to a lunch meeting that ended up getting cancelled.

These are not great moments in anyone’s life. When your plane gets cancelled and you have to switch airports in Stockholm to catch the next one, this matters to you, but likely not to anyone else. The very act of being able to tell someone else this story presumes that you are all right and thus the story itself becomes moot. It may be crucial to you that you observed all of your train ticket prices, changed the right amount of money, and got off at the right stop—but start telling a friend these details and you will hear the telltale sound of a thumb strike on the mousepad while they check their other friends’ status updates on Facebook while letting out the occasional hmm.

I’m not trying to freak you out. I’m not planning to disappear. But that fragile sense of knowing—recognition—is it all just a construct in our heads that depends on staying where we are known?

For that one day home I had on Saturday I went to mourn the passing of Jonny Copp, Micah Dash, and Wade Johnson. All through the ceremony, one thought kept striking home. Community. It’s what you see left behind. It’s what you see hold the rest of us together. I walked out of the service trying to understand that message, and pair it with my leaving, again. I looked around at the crew assembled and tried to pair it with all of us. And to pair with the men we just lost. The pull to stay was equal to my knowledge that there is no group who better understands that I was about to leave. And maybe that is part of what creates this community in the first place.

So this time, I’m going for a different travel strategy. I’ll call it the middle ground. The poodle is in tow—usually riding shotgun. It might be a negligible difference, but all the same it’s nice to have someone to turn to when you get to the end of the shortcut in Wyoming and be able to say: Did you see that?