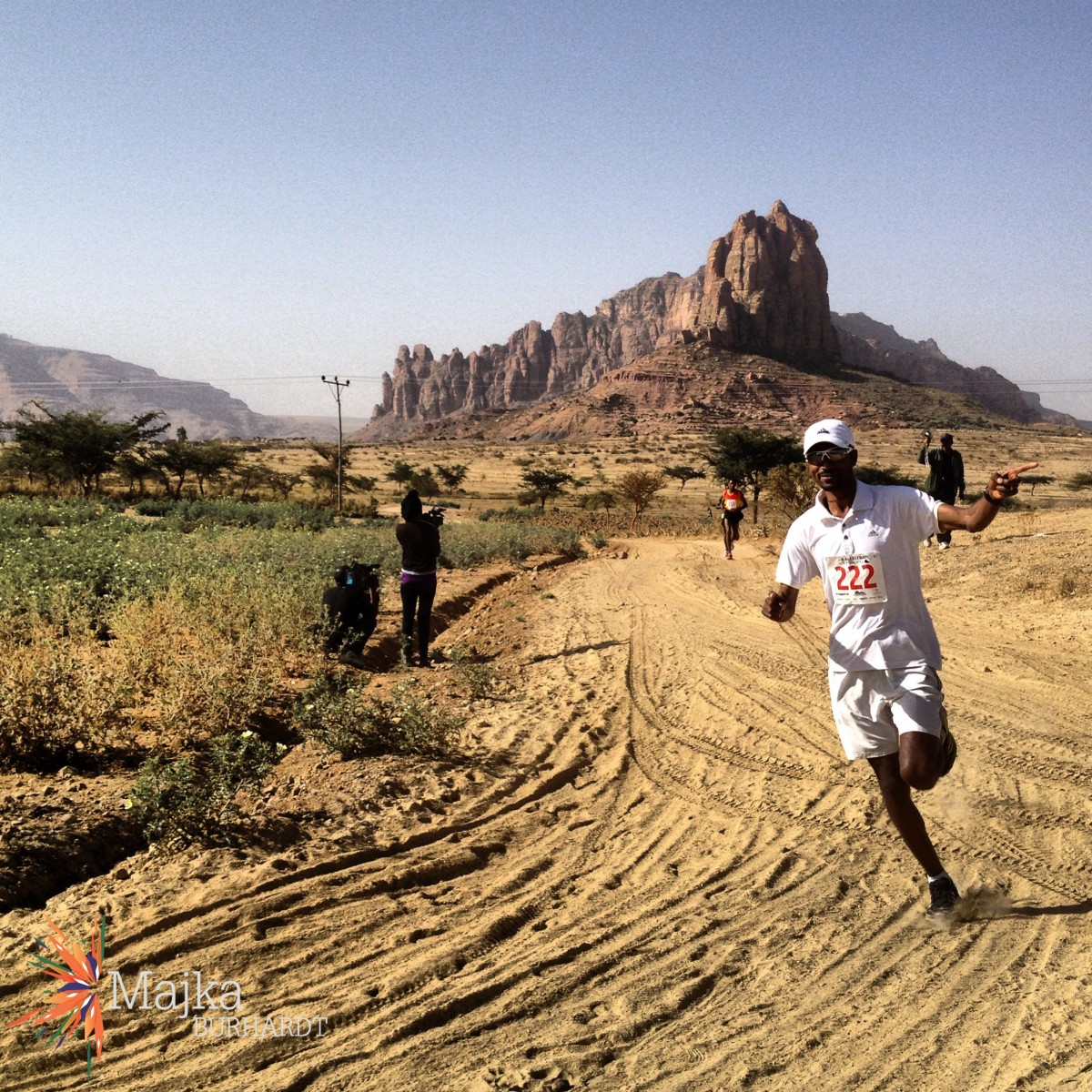 Gebre Gebremariam, mid-way through the course

This year I partnered with the Himalayan Cataract Project and imagine1day and produced Ethiopia’s first ever running trail race. Here’s what happened:

–179 runners competed in Ethiopia’s first ever trail race.
–871 successful sight-restoring surgeries were performed.
–1 new library was funded to serve 500 primary school students and a 1000-person rural community in the heart of Northern Ethiopia.

Running is universal. That’s part of the reason we created this project. We knew that running was even more fundamentally universal in Ethiopia, and that tying running to sustainable development in Ethiopia had serious potential. And so we created Accelerate Ethiopia. In the end, runners from five continents loped through 13.1 miles of Ethiopia’s mountainous terrain. I wasn’t sure if I was more proud of the international representation, or that over 80 of those running were from within a 15-mile radius of the racecourse in the Gheralta Mountains, or that the big-name/big-heart runners Scott Jurek, Gebre Gebremariam and Yemane Tsegay ran ahead of, next to, and behind the other committed racers and cheered them through the sand and across the finish line. The race lasted three hours. The project took two years. I’m not ready for it to end. HCP, imagine1day, and I set out to create connections and collisions. The buzz we created around health, education, and a progressive dialog about Ethiopia’s future was intoxicating. Mid-way through the trip our international team of fundraiser runners visited a 7th century church, Abune Yemata. Accessing the church requires a touch of climbing and a touch of comfort with exposure and heights. My Ethiopian friend Teddy Berhanu was there helping me keep everyone safe—it was our forth time climbing together in Ethiopia. Teddy used to refuse to go climbing and said I was crazy to be a climber. I won him over a few years back and now I tell him he’s as crazy as me. Sane or not, Teddy gets the vertical, and even more so gets the encouragement necessary to bring other people into the vertical. The night following our church ascent our team sat down to talk about how it felt to be in East Africa, running, climbing, and what’s ahead of Ethiopia. When it was Teddy’s turn to weigh in he sighed, took a sip of water, and told it how it was:

“It’s funny,” he said, “When we are climbing, once someone is one meter off the ground everyone starts clapping. They have 20 meters to go, but from the moment their feet can’t touch the ground everyone is telling them what a good job they’re doing. And so they get to the top.” Teddy paused and looked around. We all nodded.  “What if that is what Ethiopia needs too?” Taking off for Accelerate Ethiopia

Two days later I stood next to Teddy and clapped for the runners as they started, as they strided, as they struggled, and as they finished the race. I’ve been thinking since about how to showcase and amplify the clapping that Teddy suggested.  Here’s the first bit—Yegna, a new radio drama that encourages the possibility of Ethiopia’s girls. See a sneak peak through the music video for its first single below, and get ready to cheer. Accelerate Ethiopia is not over; it’s morphing.