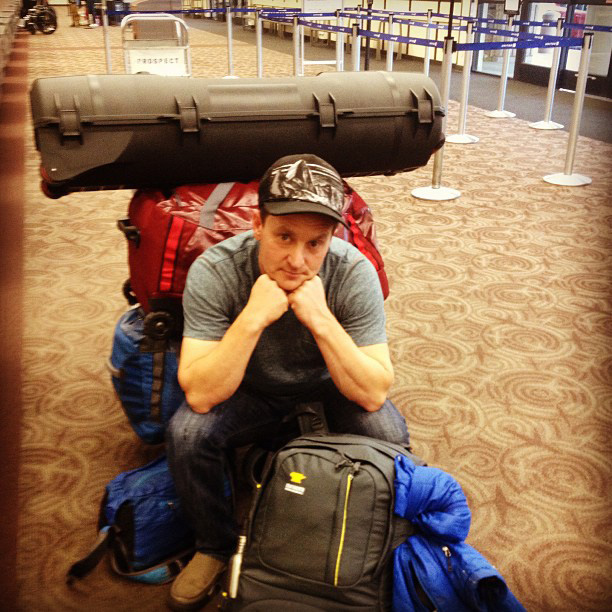 It’s November 6th. I should be travelling overland from Malawi to Mozambique. I should be squished in a long base truck with my team alongside duffels of climbing gear, insect specimen nets, and enough food for fourteen people for twenty-one days. I should have my face pressed against the window with my eyes open wide saying oooh! See that? and pointing out beautiful granite dome after beautiful granite dome to my climbing partner Kate while she does the same from the other side of the truck.

We are not en route from Malawi to Mozambique today. We aren’t because at 7 AM on Sunday October 27th we awoke to news of another incidence of violence in central Mozambique. The day before, a civilian convoy of three vehicles was attacked and one person was killed. It was horrible news for families of the person killed and those injured, for the people in the Sofala region, and for the country of Mozambique. Tensions had been escalating in Mozambique in the week leading up to our scheduled departure and we’d been monitoring the situation extremely close. Following the news on Sunday morning, and in light of the rising unrest and expectations of continued escalation heading into the upcoming elections on November 20th, we made the very difficult decision to postpone the project until May/June 2014. Our cinematographer Q was at the airport check-in counter when we made the call. All of the other US-based members of our team were within 4-6 hours of take off. Coordinating a 14-person international team is never easy. But deciding that the safety of that team comes first is very easy. In the week since our decision, tensions have continued to rise with new incidents daily, including several in the towns that our Conservation Team LUPA would be travelling through en route to join us from Maputo. We– and the majority or Mozambique and the world– hope that the people of Mozambique keep the peace they have worked so hard to maintain. Most expectations point to a resolution in the time following the upcoming elections. We have chosen to postpone until May/June as that will be at the end of the rainy season and during a time when our science team can do its best work—i.e. find the maximum number of bugs and other creepy crawly things. We will continue to monitor the situation in the meantime and are in daily contact with partners and advisors in Mozambique.

It’s now been just over a week since we didn’t start our trip. It’s been just long enough to go from the shock of the decision to the excitement about what we can create with a touch more time to plan: additional scientific specialties, new collaborations, and more connections and possibilities discovered every day. It’s also been just enough time to have unpacked my bags, and repacked them. 75% of what was in them is unique to the Lost Mountain. They are ready and waiting in my basement for spring.

**You know you have the best sponsor team in the world when you are flooded with notes of support, encouragement and validation for a tough decision the moment after you make it. The #LostMountain is dang lucky that this is our team: Osprey Packs, Positive Tracks, Ethiopian Airlines, Patagonia, Clif Bar, Julbo USA, Goal Zero, Backpacker’s Pantry, Innate Gear, La Sportiva, and Black Diamond. You all are fantastic and we are grateful to work with you right now and as we prep for the newly timed 2014 project.