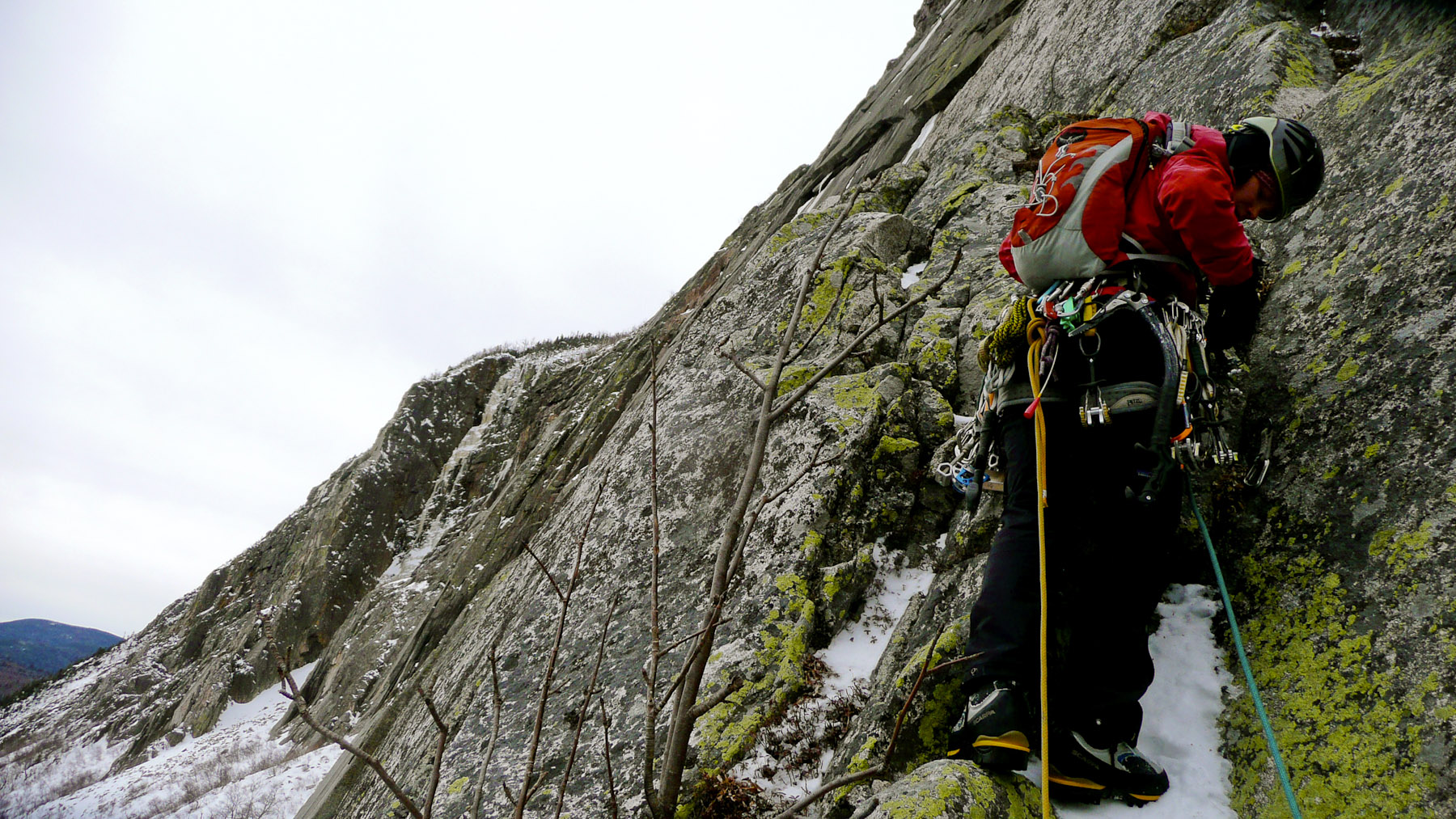 A Blog in Conjunction with Osprey Packs. Check out their site and great stuff atospreypacks.com.

Climbers can, as a rule, break rules. We expand our youth, our shoulder stamina, and, most commonly, our seasons. How many people do you know who go crack climbing in shorts in January? Ice climbing in puff jackets in June? Sport climbing in bikinis February? Hyper-mobility and air travel lends itself to this, but so does the split personality of any excessive outdoorsy person.

I’m one of the worst offenders. To make it more interesting (read: personally challenging), I try to be prepared for any activity at any time. This works. Or it does until you have back surgery.

Two weeks ago, I packed up my rental apartment in North Conway, NH. I lovingly placed my monopoint crampons next to my leashless tools. I stuffed my ice climbing packs with every extra down/synthetic/wool/fleece layer I had.  I took my boots and filled them with screws, and then nestled them into duffles. In the beginning, I held up each piece of gear as if honoring it before mashing it into a temporary resting place. I mourned that I would not use it for more than a half dozen months. And then I got a shooting pain down my right leg, stood up with the help of the wall and a chair, limped to my bed, and laid down.

You rarely know how much you love something until it’s gone. That can apply to people, places, things, values, anything. There is an entire industry of being in the “present” that is based on re-training the human urge against this. I’ve received an entire lifetime of advice to practice such behavior, often suggested as: have you considered meditation? I pack my gear instead.

This time, however, it was not just for temporary transit. It was for a season. And just as soon as it felt absurdly nostalgic to put these things away, it started to feel good.

I’m lucky. I get to climb and play outside as much as I want to. I remind myself of that good fortune as much as I can. But I’m no zen-master. Sometimes it takes the thing you love being taken away to tell you just how much you love it. I felt that that afternoon in New Hampshire. Everything I touched I wanted to use, and that want felt damn good once I let it.

Now it’s a few weeks later. I got to wear white thigh highs and have my back operated on, and get on some serious drugs. I have watched 16 episodes of Six Feet Under and it took me 15 to realize that watching a show about death while on medication whose number one side effect is depression is likely a bad idea. To lighten things up, I bought an enema kit at target (which, fortunately, I only live two blocks away from and thus is in legal walking distance as I am not yet allowed to drive) and found the cutest checkout boy I could to ring it up. I came back later that day to buy some exlax and went to the same boy. That night, even while racked with abdominal pain ricocheting off my newly surgered back and down my nerve path, I was entertained. I thought about what other awkward products I could have Jake ring up. This, I thought, could be my counter-therapy.

My real therapy, though, is sleep. I’m still two weeks away from being allowed to do PT. In the meantime, I take drugs to counteract other drugs, and vitamins and herbs to make them all get along. I am not allowed to type for more than an hour at a time.

“Maybe this is your body’s way of telling you that you need to slow down,” people say to me. Granted, many of these people live in Boulder and are wearing yoga pants and recently cleansed their noses with netti pots, but then again, I have a netti pot, too, and the only pants I can really get on these days are ones that have some stretch. Frankly, I don’t believe my body is telling me something I don’t already know. Athletes–climbers, boaters, bikers, skiers, boarders, motoers, horseback riders—we all push our bodies. At some point, we have to take a break and mend the thing that gave out. Now it’s my turn.

Don’t worry. I’ll be better. I’ll be better than better. In my visualizations (remember, I am in Boulder), I will have the strongest core muscles of the world and be the new star for Cirque du Soleil  They will create a monstrous ice palace and I will dance and climb through it. And even before that, I’ll be rock climbing this summer. I wont be in Alaska swinging my ice tools. But maybe that’s good for me. Maybe it’s time for me to synch up with the seasons.

*All information above was shared under the influence of a list of pharmaceuticals far too long to list. As such, the author is not directly responsible for any of the content, and definitely not responsible for the potentially bad decision of sharing the photo of the thigh highs with the world.