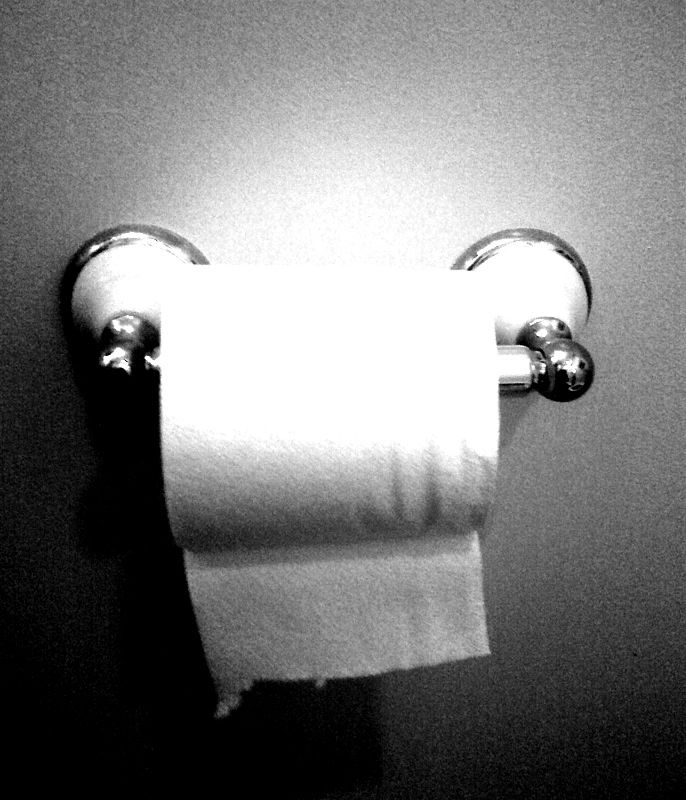 It takes two people 94 days to use 36 rolls of toilet paper. This is pure science. This is my life. Or it is give-or-take the two half rolls I left behind in North Conway last week.

My friends Jim and Sarah came over on my last night in New Hampshire to load my van for me. They each went up and down the stairs a dozen times with me trotting/limping after them. I’ve been placed on carrying restriction by my friends, let alone my doctor, pre-back surgery this week. So Jim and Sarah carried big bins and boxes, and even scooped up the poodle when he was making a run for the van. I carried, well, nothing.

“Jim’s having van envy,” Sarah said, on one trip.

I followed her down the stairs to the parking area. Jim’s been climbing twice as long and twice as hard as I have, or will. “Think this looks good?” I asked him.

He harrumphed. The van was chock full of bins, boxes, skis, rice cookers and salad bowls.  “This used to look good,” he said. “Can’t say I envy it now.”

Over three months ago, when I first arrived in North Conway for the winter, I had dinner at Jim and Sarah’s house. We sat around bison burgers and talked about death. Peter and I were fresh out of Bozeman and losing Guy Lacelle next to us in Hayalite Canyon. In some perverse way, I suppose the four of us were catching up on the lives, via a remembering of the recent deaths. I told Jim and Sarah about the statistic another friend had passed along to me- that 10% of serious climbers he knows have died. “1 in 10.” I said.

It was New Year’s Eve. The ice was forming in the notches all around New Hampshire as we ate. We talked about the myth of danger in climbing and the ways in which we’ve all fought against it.  In the end, it was Sarah who made the most sense. “Climbing is dangerous,” she said, “proven.”

We all nodded in agreement.

I have a friend who’s sorting through her house post raising three children.  She does not know what to keep and what should leave. But some new formation of holding is surely the goal. I could lie and tell you that I am on the opposite side. That I am streamlined, honed and slimmed from my years in perpetual transit. But I have a toiletry problem.

It took an entire laundry basket to bring my various lotions, potions, extra q-tips, and unused face scrubs that I might be inspired to use in the east, from the west. Then there are the medications.  Vicodin, diclofenac, and pred fote to name a few, even though I’m allergic to the first, don’t know what to do with the second (and it’s a scrip from 2003), and I am reasonably sure the third is for the poodle. The Poodle keeping an eye on the packing progess

I don’t even take painkillers. Last week, all of the advice-giving people in my family suggested I might want to opt for a different strategy pre-surgery. I have the arsenal, I explained, but I just like to carry it around the country. They all seemed to suggest that if I were waiting for a time, now would be that time.

Beyond the toiletries, I do have standards. I think globally while buying locally. It’s partially not wanting to be wasteful. I don’t want to buy saran wrap in North Conway if I have some in Boulder. It’s partially the acknowledgement that if I buy it, it might be left over when I leave. I will have to look at it in the drawer and ask it—are you worth taking with me?

I’m back in Boulder now. I wasn’t supposed to be here. Tomorrow at 7:30 AM I have back surgery. I had been planning to head straight to Bozeman, to one house for the next six months. Instead I will live in three in the next three weeks. I tried to make sense of this lying in bed this morning at 6 am with pain shooting down my leg.

For God’s sake, I told myself, don’t do it if you don’t love it. And then I got up and checked the toilet paper stash, I did the math, and I realized I’d be all right.

*Dedicated to Heidi Kloos, a woman who knew how to move when she needed to, and how to be home along the way.