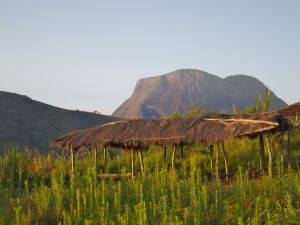 In Conjunction with Engelhorn Sports

I feel bad for my seatmate on the plane the other day. I’d like to issue an apology but I never got their name. The woman had harmlessly asked me where I was coming from and where I was going. I tried to keep it simple at the start. I told her Malawi and Cape Town. But then she asked me why I’d been in Malawi.

I should have said I was in Malawi for work and opened my book. Instead I told her I’d been stranded in Malawi but was on a trip to Mozambique, that I’d been in Ethiopia and was en route to Cape Town, and that ultimately I was heading home to Boulder, Colorado. When her why came again, I told her about the vertical grass. It is not easy to explain to anyone why a person would be in Mozambique trying to climb vertical grass. My reasons are solid (it’s for science, for the conservation to come, and yes, in part because it seemed like a good idea at the time) but perhaps not best suited for planeside chit chat. I’m reasonably sure my protracted story of origin and destination were the reason behind my seatmates move to the seat two rows back. That, or the fact that I had not done laundry in two weeks. Either way, we parted.

In the past five weeks I have climbed Ethiopia’s soft sandstone and Mozambique’s hidden granite. Today it’s quartzite in South Africa. The actual number of days climbing are as inconsequential as that number. The vertical thread is always there. I’ve taken eleven plane rides, lived in a tent, a lodge, a hotel, and a place I’d never tell my mother about. I’ve eaten re-hydrated dried fish, stewed cow stomach, and enough goat to be one myself. My consistency has been gained only from the familiarity of the contents of my luggage. My same climbing gear, rope, harness, helmet, clothes, yoga matt and one pair of high heels are the familiar. I didn’t realize just how much I’d been counting on them until half of them did not join me on that plane ride to Cape Town.

As last night’s summer sun set over the Atlantic Ocean my missing bag made its way to my friend Tristin’s house in Cape Town. It – and remarkably all of its contents – is back creating my sense of home on the Africa road. It’s just in time. I have Table Mountain on my agenda today. Here is to another foray into the vertical and an ongoing extension of home.
Read more and see a video from my trip to Mozambique here.