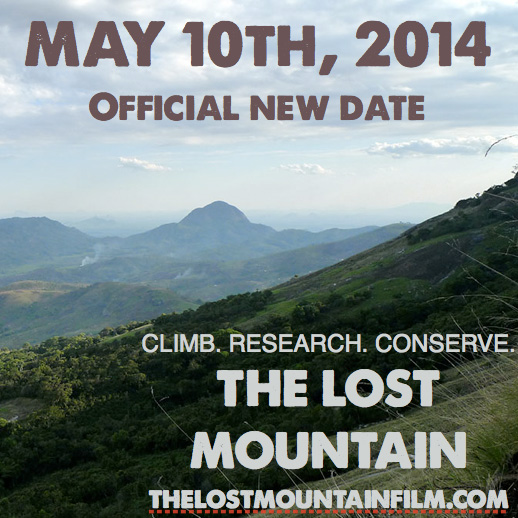 I am excited to share that we’ve set our new date for The Lost Mountain: May 10th 2014.

We made our decision based on several factors, chief among them that the elections in Mozambique were last Wednesday and thus far everything has gone relatively well with both the election day and the immediate aftermath. Much of the violence that was peaking at the time of our intended departure near the end of October appears to be slowing and settling. There are also talks of a meeting between the leader of Renamo (the opposition party who declared an end to the peace accord signed in 1992) and the current government. I’m continuing to monitor the situation closely by speaking daily with multiple people and organizations on the ground in Mozambique. There is extensive local and international hope and pressure for things to settle down and to keep Mozambique and its people on the path toward peaceful prosperity.

Assuming that everything continues to improve we’ve chosen May 10th as our US departure date for the project in the spring. We’ve also adjusted the routing for our conservation team, LUPA, to keep them out of what has been the hot zone in central Mozambique.

Ironically, and wonderfully, we were supposed to have returned from Mozambique on Monday and instead it was the day we made the plan for our return.

See all of the details: The Lost Mountain