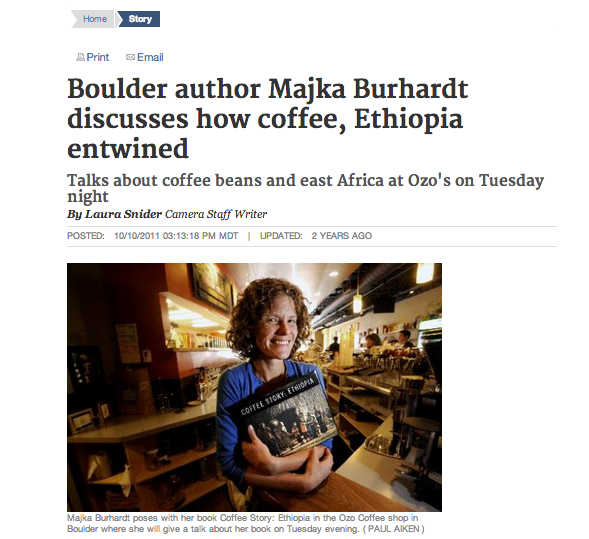 “Majka Burhardt was sipping a latte at a coffeehouse in Boulder in the summer of 2006, when she overheard a conversation at a nearby table.

The group was plotting a quest to the Horn of Africa to find a rare coffee that’s valued at more than $100 a pound. A writer and adventurer herself, Burhardt’s curiosity was immediately piqued. And just a few months later — after asking if the group was in need of a journalist — Burhardt left with the team as they headed for Ethiopia…”