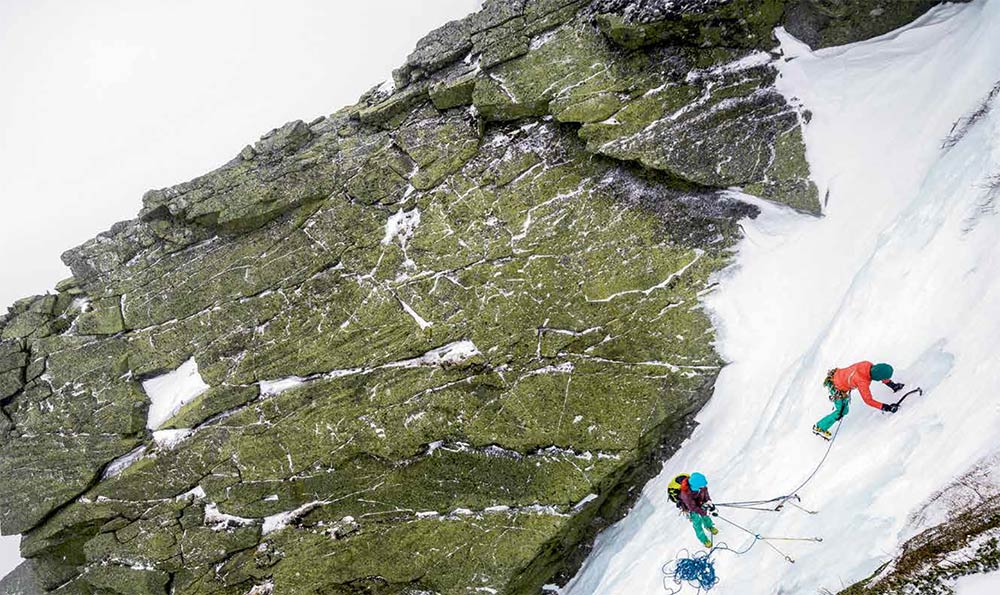 “On a rare day a climbing team can pack tools away here and hike for the summit. More often, however, in cresting the top of the ravine, you are met with Mount Washington’s crippling combination of arctic cold and wind gusts from the northwest, forcing an immediate descent. Pinnacle Gully is an aesthetic and technical focal point of winter climbing on Mount Washington, first climbed in 1929 by Samuel A. Scoville and Julian Whittlesey. The first ascent without the painstaking task of cutting steps was completed in 1970 by Jim McCarthy, Rick Wilcox, Rob Wallace and Carl Brandon, with the party spending just five hours on the route. Both ascents were historic, ushering in a higher standard of climbing not just for the wind-stripped landscape of New England’s highest peak, but nationally. “Jim led fearlessly,” says Wilcox, “having borrowed my new axes, which he removed from my pack at the base of the route and returned to me after we topped out.”