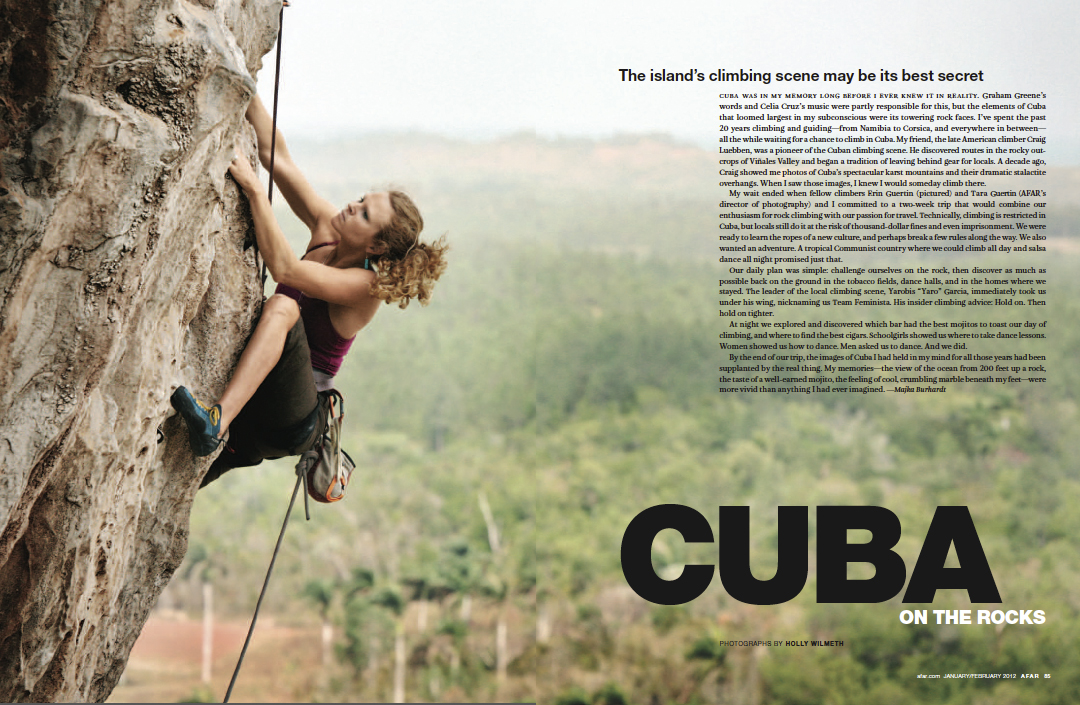 “Cuba was in my memory long before I ever knew it in reality. Graham Greene’s words and Celia Cruz’s music were partly responsible for this, but the elements of Cuba that loomed largest in my subconscious were its towering rock faces. I’ve spent the past 20 years climbing and guiding—from Namibia to Corsica, and everywhere in between— all the while waiting for a chance to climb in Cuba. My friend, the late American climber Craig Luebben, was a pioneer of the Cuban climbing scene. He discovered routes in the rocky outcrops of Viñales Valley and began a tradition of leaving behind gear for locals. A decade ago, Craig showed me photos of Cuba’s spectacular karst mountains and their dramatic stalactite overhangs. When I saw those images, I knew I would someday climb there…”