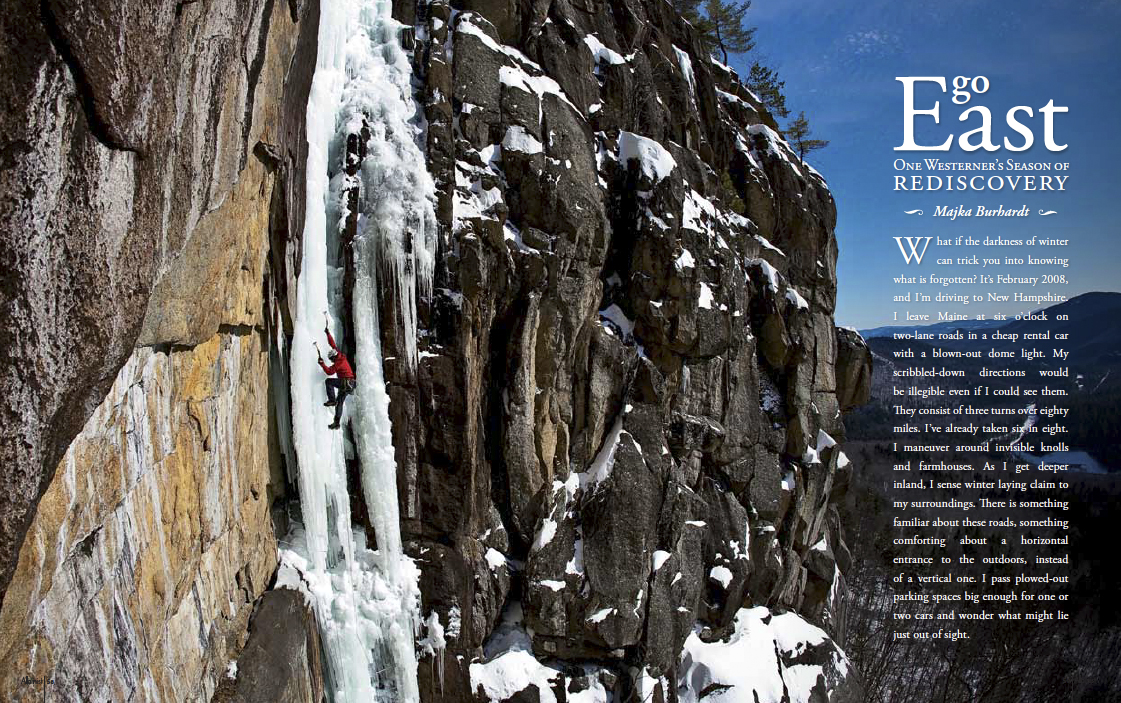 “What if the darkness of winter can trick you into knowing what is forgotten? It’s February 2008, and I’m driving to New Hampshire. I leave Maine at six o’clock on two-lane roads in a cheap rental car with a blown-out dome light. My scribbled down directions would be illegible even if I could see them. They consist of three turns over eighty miles. I’ve already taken six in eight. I maneuver around invisible knolls and farmhouses. As I get deeper inland, I sense winter laying claim to my surroundings. There is something familiar about these roads, something comforting about a horizontal entrance to the outdoors, instead of a vertical one. I pass plowed-out parking spaces big enough for one or two cars and wonder what might lie just out of sight..”