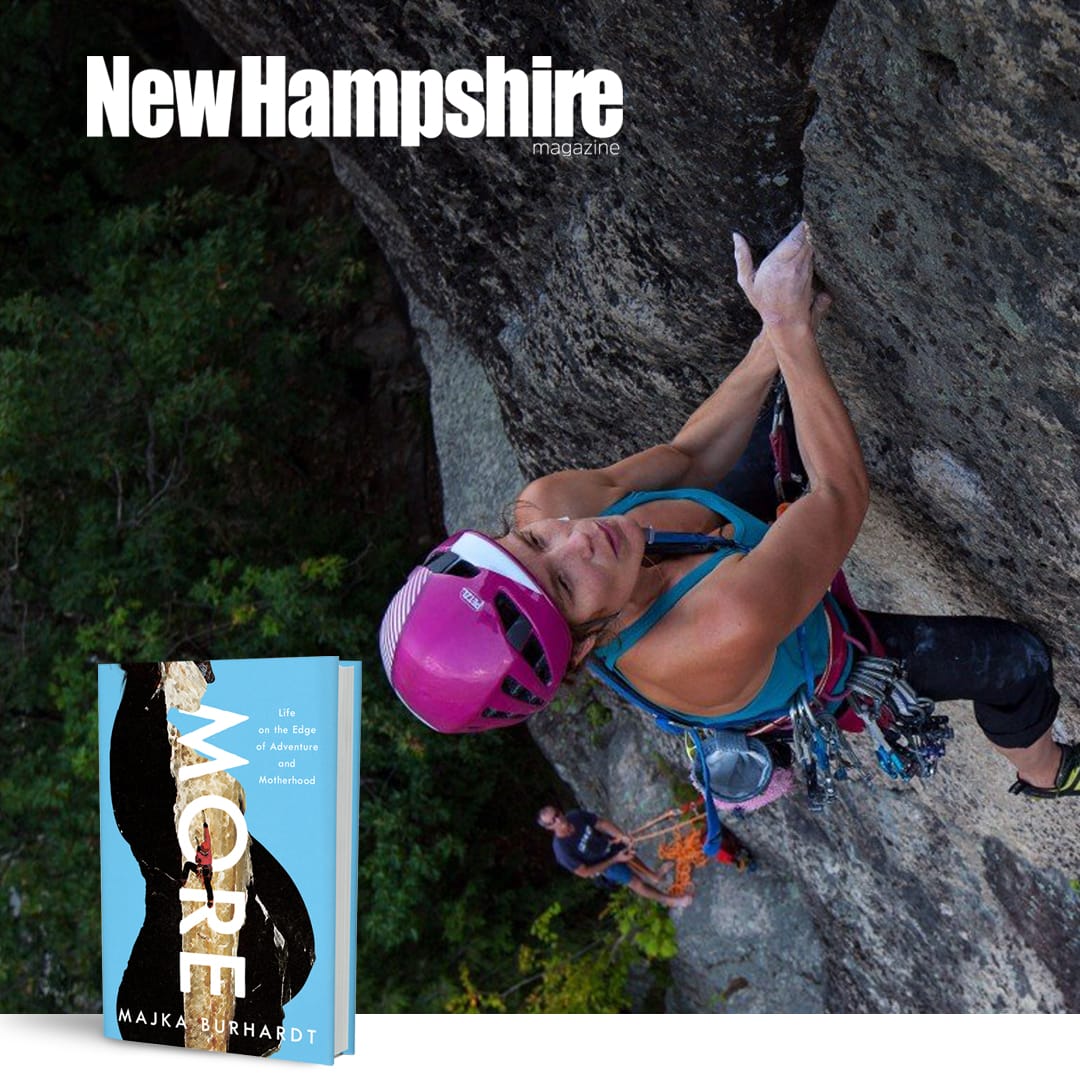 Life on the Edge

Majka Burhardt’s paths as a parent and professional climber are chronicled in forthcoming memoir.

Majka Burhardt has spent decades scaling craggy, icy, bone-chilling peaks across the globe, from Namibia to New Hampshire to Nepal. And when she first started her journey to motherhood, she always envisioned that she’d be able to keep that going.

“I thought I was going to go to Patagonia and go climbing in Patagonia when I was pregnant,” recalls Burhardt, who lives in Jackson. “It was a very effective way of the universe saying, ‘You’re not in charge on this one.’”

That push and pull — between her paths as a parent, a professional climber and a partner to her husband, also a professional climber — is at the heart of her forthcoming memoir, “More: Life on the Edge of Adventure and Motherhood,” due out in March 2023. Written as a series of letters to her two children, chronicling her “real-time self-talk” as she moves through pregnancy to early parenthood, the book is meant to provide the kind of literary outlet Burhardt craved during her own pregnancy.