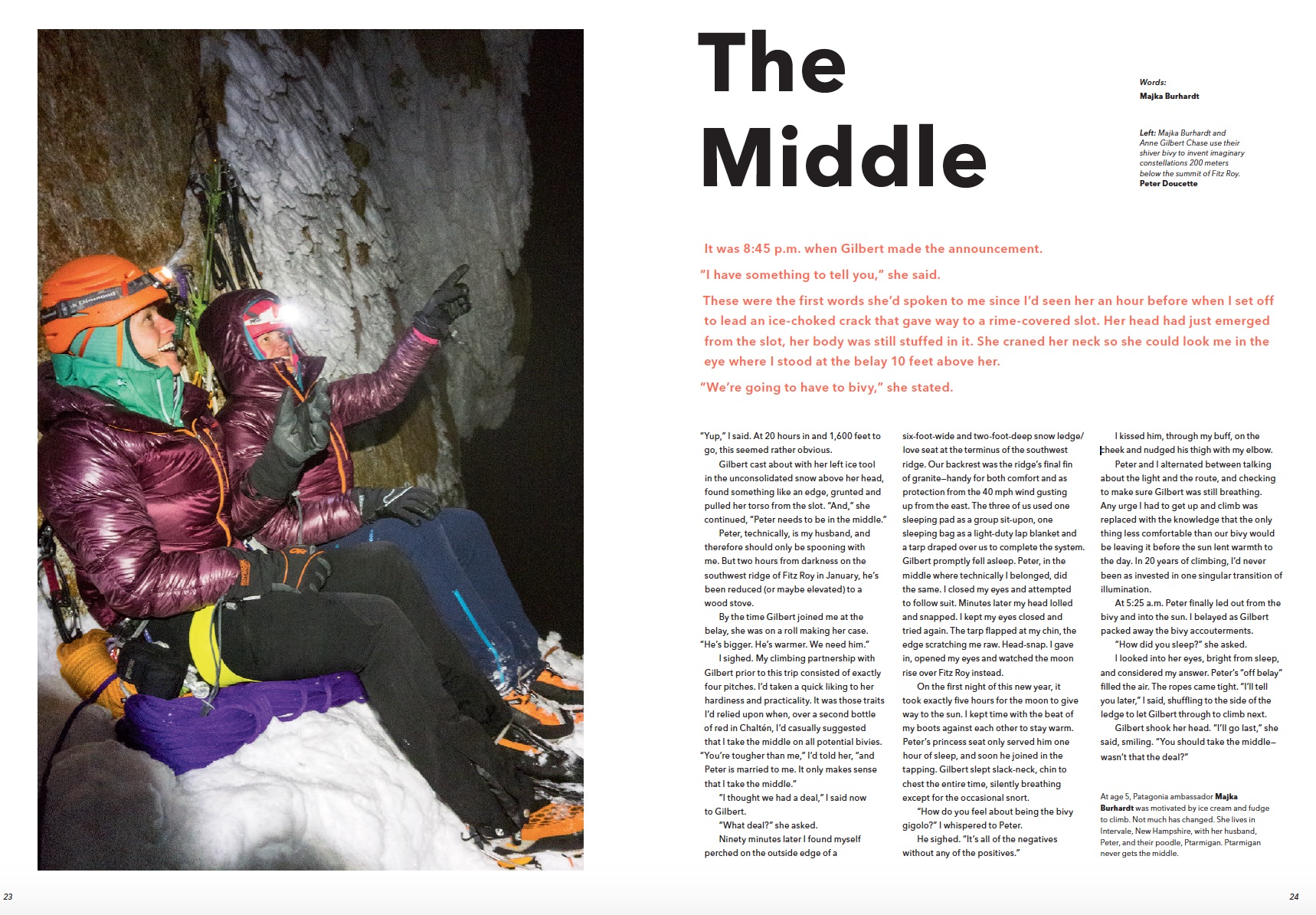 It was 8:45 p.m. when Gilbert made the announcement.

“I have something to tell you,” she said.

These were the first words she’d spoken to me since I’d seen her an hour before when I set off to lead an ice-choked crack that gave way to a rime-covered slot. Her head had just emerged from the slot, her body was still stuffed in it. She craned her neck so she could look me in the eye where I stood at the belay 10 feet above her.

“We’re going to have to bivy,” she stated.

“Yup,” I said. At 20 hours in and 1,600 feet to go, this seemed rather obvious.
Gilbert cast about with her left ice tool in the unconsolidated snow above her head, found something like an edge, grunted and pulled her torso from the slot. “And,” she continued, “Peter needs to be in the middle.”…