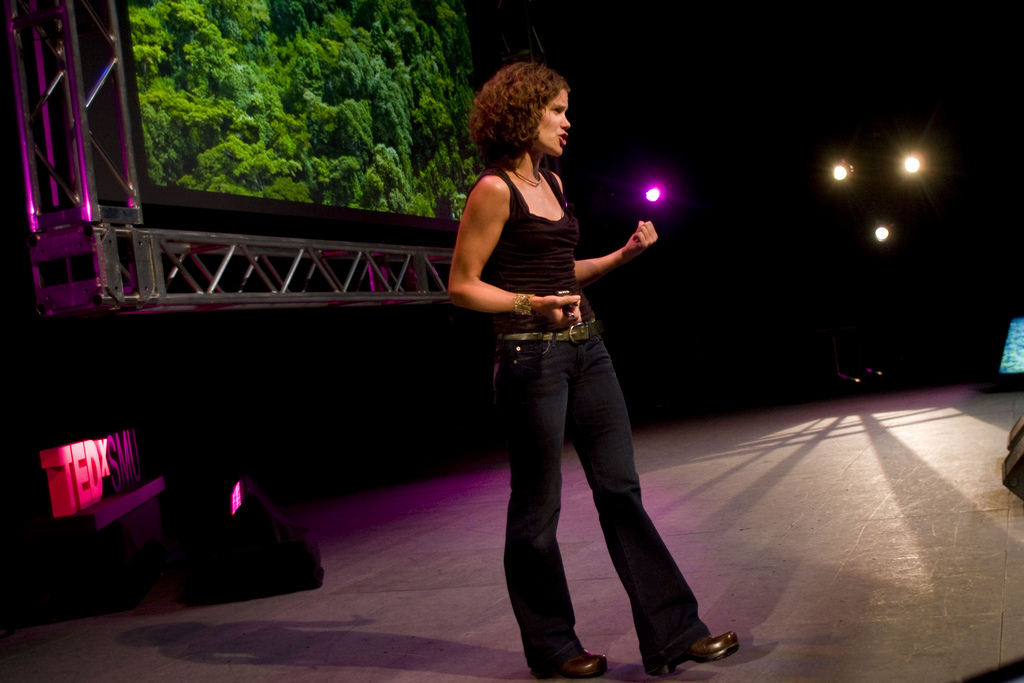 “Majka Burhardt is a writer, climber, and American Mountain Guides Association Certified Rock Guide. A lifelong adventurer, she has traveled and guided throughout the world by bike, canoe, and, more often than not, by foot. Much of Majka’s recent work has been focused on Africa, where she first went to Ethiopia in search of a rare coffee. Unexplored sandstone towers kept her in Ethiopia and resulted in her book Vertical Ethiopia, short‑listed for the Banff Book Award. Her second book, Coffee Story: Ethiopia, will be released in the fall of 2010. In 2009, Majka produced Waypoint Namibia, now touring film festivals around the world. Majka is a frequent contributor to national magazines and a seasoned lecturer. She arrives at TEDxSMU fresh from her most recent project — leading a three‑week journey of adventure, global stewardship and sacred connection, all united by a collective commitment to contributing to new schools in rural Ethiopia.”