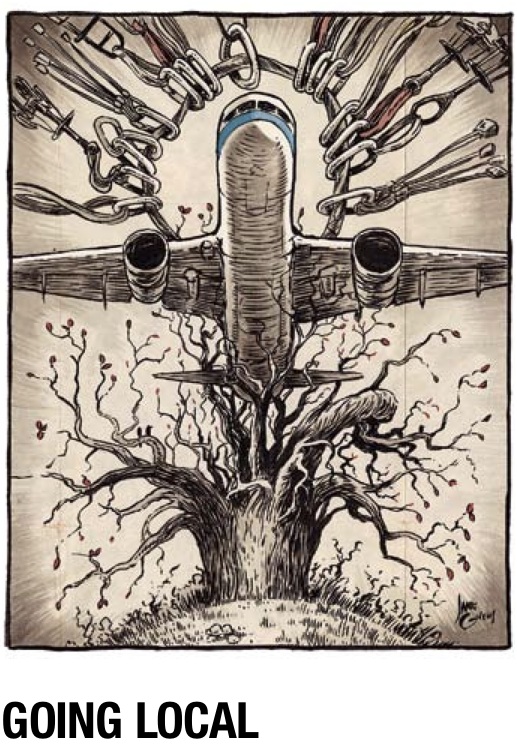 “I was halfway over the atlantIc in November 2009 when I realized that my one-year plan — bracketing stays in a trifecta of North American mountain towns with three international journeys — made zero sense. I blame Steve, a fellow traveler whose meddlesome, questioning attitude tipped the scales.
We hadn’t left the ground when he asked, “Where you from?” My mouth was cottony from the Ambien I’d swallowed to anesthetize myself for this, my fifth intercontinental trip in seven months. Technically, we were in the city I’d grown up in — “Minneapolis,” I said. “Me too,” Steve replied. “Where you headed?” I told him Ethiopia. “Me too!” Steve said, his left eyebrow rising excitedly. I furrowed my brow. We were about to spend 23 hours on the same flights — too long to maintain a lie. “OK,” I said, “I’m actually from Boulder.” If I’d left it at that…”