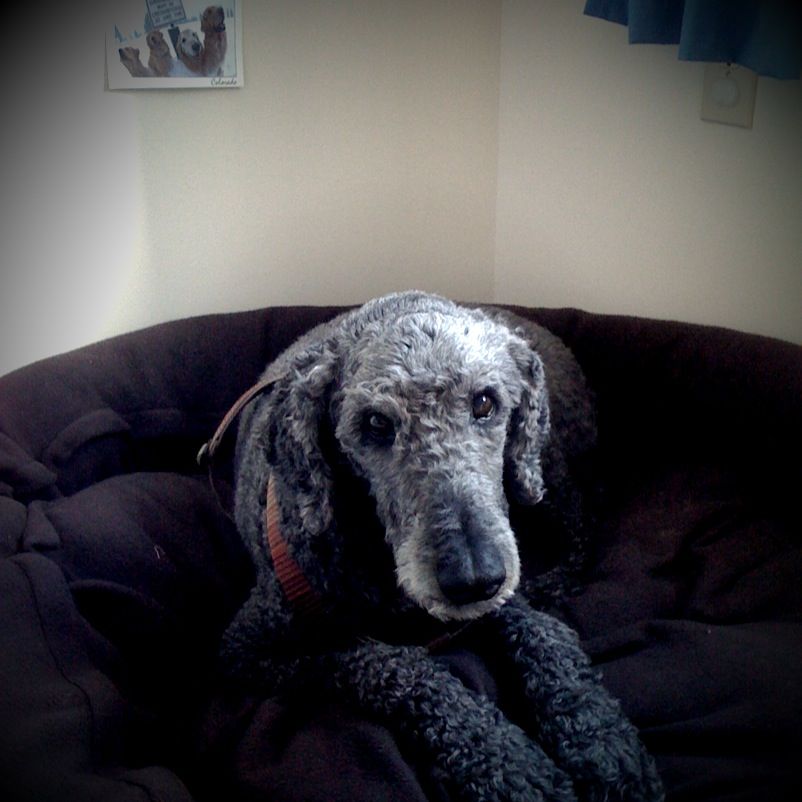 When I slipped last winter and inquired about culture, Freddie and I were in a car driving back from climbing. I don’t remember what spurred me to ask him, but I do remember his answer: “That’s what we come here to get away from,” he said.

I used the same line to my father last week. This time, I was the one defending New Hampshire. No one in my family has ever spent time in New England. They don’t get New England. I can’t say I do yet either, but I’m trying.

I have a mechanic here, I have a good coffee shop, and I have friends. I have a vet that drives me home from his office when my car won’t start the night after my poodle’s knee surgery. The night my poodle was supposed to spend in the hospital, the night my vet called and told me that the poodle was in no uncertain terms utterly unwilling to spend the night away from his mother.

Said poodle had just received the single most expensive operation he will have in his lifetime. He has a bionic knee now, of sorts. It was not the most practical decision of my life; knee surgery on an elderly dog with cancer is seldom referred to as practical.  But it wasn’t my life I was making the decision for. It was partially the poodle’s, and partially something greater.

In the weeks it took me to decide to do the surgery, I watched Osito and processed the sinking feeling that losing him will be the final bracket to a period of intense loss in my life. I resigned myself to this. I saw it. And then I saw it differently.

This was something I could do something about. I could not go back and save any of my friends from getting killed, I could not change the course of their actions, say good bye to my grandmother, learn more French to tell her how much I admired her, stop the storm from coming or Charley from going. But I could fix the poodle. Rehab: Yes, that is a Zeebra in the crate

So I did. Ostio went into surgery and came out with a 15-pill regime for antibiotics, chemo, painkillers, and the one extra pill he has to take to make sure he doesn’t upchuck the other pills. The night he was supposed to spend at the hospital there was a party in town for Freddie’s engagement to Janet. All of my friends would be there. It was the NH cultural event of the winter. The vet called as we were heading out the door.

Poodle parents are not supposed to see their dogs when they are sedated and four hours post-knee surgery. But Osito was determined. He was tearing his paws on the kennel door.  I brought him home with a leaky backside, glazed eyes, new lampshade cone, and a sling to hold up his rear end. I changed from my party clothes into my loungewear. I lay down next to the poodle and iced his knee. Together we shared a box of Annie’s Mac and Cheese, the organic kind because that is his favorite. We went to bed at 9.

An over-examined life threatens the chances of being content. I write this as if I understand and live this belief. I’m far from it. But every now and again, I get a part of it. I get that culture might not be what surrounds you whether you access it or not, but that instead, it might be what engulfs you when you need it. It might be the half-dozen friends who sign up to carry the poodle up and down the stairs, medicate him, and tell him, as suggested, that he really is the most handsome poodle in the world while you’re gone at work in Montana. It might be your mechanic suggesting that washing your van would be the first step in protecting it from the northeastern salt-erosion. It might be finding a support network away from home in your boyfriend’s family—for yourself, the poodle, and for him as he single-parents the poodle for a week by himself. And it might be learning that my kind of culture, this year, is somehow tied to a 60-pound poodle who’s two weeks post-op, and kicking ass.