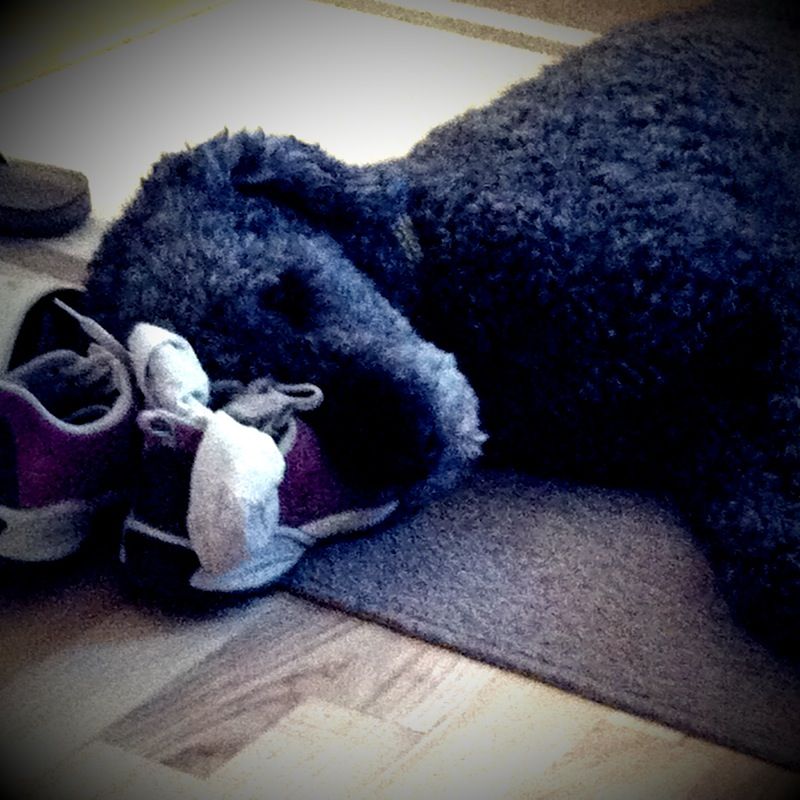 Three weeks from today, I’ll be flying to Ethiopia. I’ve been training for trip. I’ve been aqua jogging.

Actually, I just had to stop aqua jogging. I was over-training with the 12”-wide water-flotation device. In my defense, I was just trying to keep up with Astrid, the 65-year old woman with a hip and knee replacement. At 33 with two back surgeries, I was eating her aquatic dust. It’s a good thing I’ve finally been cleared to go back to climbing. It’s about time—East Africa is looming close.

“18 hours,” I usually say, wondering if he thinks it will get shorter or longer if he keeps checking.

“Are you sure this is a good idea?” he asks.

It’s hard to reassure anyone who took care of you during the height of your drug hazed post operative days that going to the grocery store by yourself is a good idea, let alone going to Ethiopia. So to reassure my father, I have had to resort to going to his sweet spot.

The poodle, at last count, has cancer, one torn knee we fixed, and another we didn’t. I have prepared myself to put him down on four separate occasions in four different states all in the past ten months. He got cancer in Jackson, Wyoming, ate a ½ pound of chocolate and went feral for twenty hours in Minnesota, tore knee  number one in New Hampshire, and knee number two in Montana. His second knee injury and my second surgery were in near-perfect synch. We both spent June in various stiff positions to manage our pain with rumpled curly hair and bad breath from all of our medications.

They say pets have perfect timing in your life, even if you don’t know it at the time of their timing. This winter and spring, Osito and I were like the chicken and the egg. I skipped a February trip to Norway and took care of him—but my back would not really have let me go. I had a reason to stay stateside other than myself, and thus I was home in NH when the reflexes in my right foot started waning. In Montana in May, the stairs in our house were too scary for a poodle in recovery, and soon the hospital’s medical regulations were too scary for my insurance. Thus, together, we tried out a half-dozen places to live and recover, and together, we came home to Boulder.

Three months and an aqua jogging career have now come and gone. Osito and I went on a hike this morning. Afterwards, I dropped him off at home and went climbing outside for my second time since February. I came back and we lay on the floor together and did our PT.

People seem surprised when they learn I have a dog. How can you do what you do with a dog they ask? I usually explain to them first that I have a poodle, which is different than a dog. And then, if I have not already lost them, I tell them the truth. I do what I do because of the poodle. We have a deal. We have always had deals, though sometimes I am not as savvy to their terms. This past winter our deal was about time together. This fall, our deal is recovery. So I am going to Africa, and the poodle will be here when I get home.

In the meantime, they’ve closed my aqua-jogging pool early this summer. They’ve opened it for the dogs. It is Boulder. So this weekend, the poodle will be the aqua jogger, and I’ll be the climber, and together we’ll get ready for what’s next.