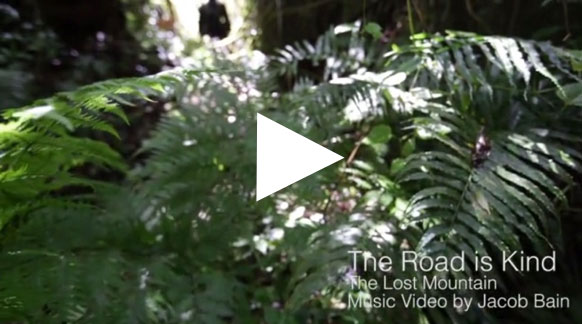 This music video is in honor and support of the Lost Mountain Positive Tracks Next Gen Initiative: youth philanthropy through physical action in the outdoors. Featuring our Positive Tracks Ambassadors Charlie Harrison (19) and Grant Bemis (23).

We released it this week because Charlie starts Williams College next week. And instead of driving the 160 miles to school, he’s hiking (inspired by his time on the Lost Mountain Team). You can read about it on The Lost Mountain blog. The song behind the music video was written and recorded by musician Jacob Bain on the 23rd day of our 30 day expedition– in the field on the flanks of Mt. Namuli alongside a surprise visit from the Queen of Macunha (story below). These examples, I now understand, are the power of the Lost Mountain.

Charlie and Grant are currently finishing a fundraising initiative to support the next steps of the integrated conservation future for Mt Namuli. We’re currently deep in strategic planning for the next steps for Namuli with LUPA (our Mozambican Conservation Lead). Our goal is to be implementing the conservation plan by next year– right when the Lost Mountain Film comes out.

You can read more about their commitment and join them (it’s tax-deductible) here.

The Story Behind The Road is Kind

On day 23 of the Lost Mountain’s 30-day expedition in Mozambique, the Queen of Macunha wanted to know just what exactly we were up to on the southeast face of Mount Namuli. We’d met her on our first day on Namuli and received her blessing for our team of scientists, conservation workers, climbers, filmmakers, students, and volunteers, and detailed our plan to explore and document the ecological diversity and conservation potential in the region. But like anyone I’ve ever told about this complex project, she wanted to understand just what exactly it all meant. She walked two hours from her home to our high camp for a visit, and instead of meeting our 18 person team, met a one person representative, musician Jacob Bain.  Jacob was in camp writing and recording a song inspired by the trip. See and hear it above in our New Lost Mountain Music Video.

The Queen’s visit was unplanned. Kate Rutherford and I were 1,300′ up what would be our new route on Namuli’s Southeast face, our science team was sifting soil and peering under rocks in the flanks of the Ukalane Forest, and our conservation team was working in the nearby Carruca community. Jacob was the only one home at camp. And so he and the Queen watched Kate and I climb through the binoculars, drank coffee, and grooved to the new tune.

The Lost Mountain film drops in 2015 | Trailer coming this winter