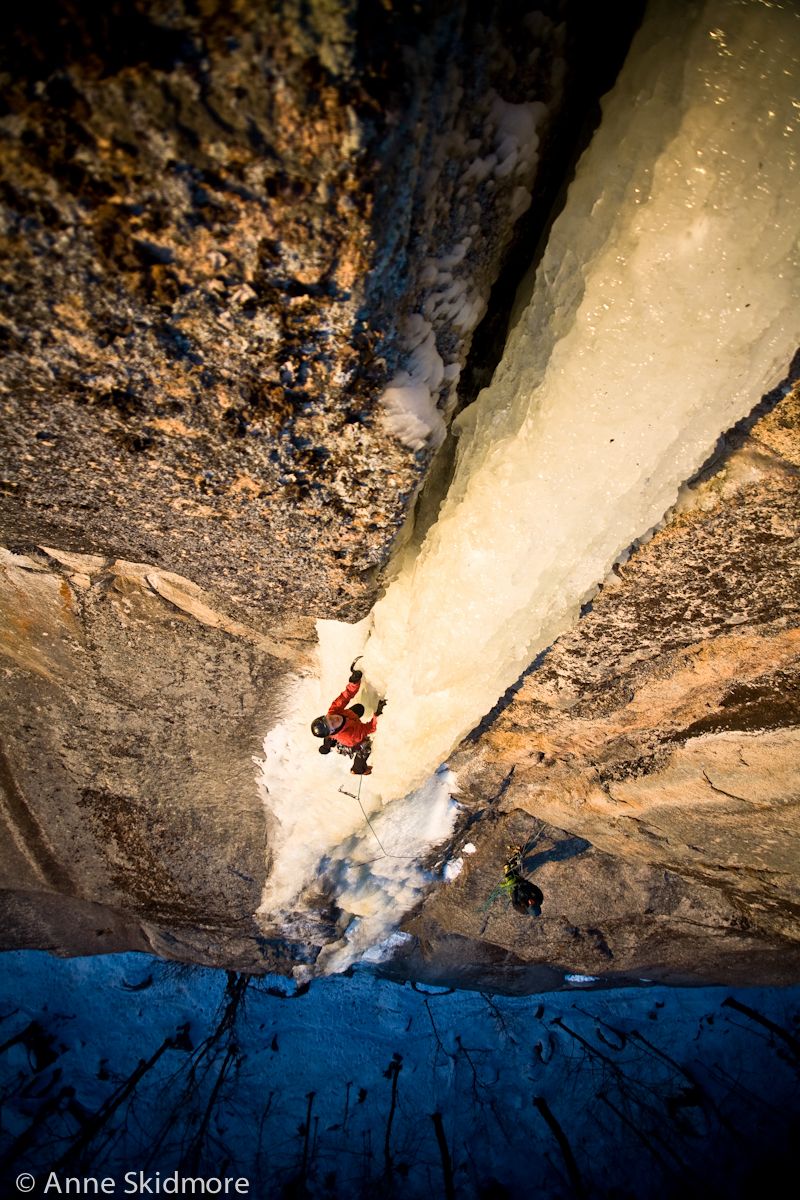 The View of Mt. Washington 87 steps from my front door

I’m practicing owning up to my origins. Colorado used to just roll off my tongue. New Hampshire? It’s clunky, it’s two words, and it takes explaining.

Contrary to what many presume from my quick speech and intense personality, I am not an easterner and never have been. Until now. In January Peter and I packed up the van and headed east. I’ve flirted with living in New Hampshire for the past three years (read more in my Go East Article in Alpinist Magazine). Now we’re going steady.

Based on my recent sociological studies—mainly consisting of telling the people I meet while traveling out west that I live out east—a move to New Hampshire suggests a potentially unstable personality disorder. This was made clear to me while speaking recently at the Commonwealth Club of California. The woman introducing me asked where I lived. “It says Boulder in your bio, but you flew in from New England?” She asked. Majka Burhardt Speaking at the Commonwealth Club of California, aka explaining why I live in New Hampshire

“Portland—Maine,” I said, “but I’m living in New Hampshire. I just moved out there, from Boulder.”

“They’re close,” I explained. “Maine and New Hampshire—not Boulder and either of them.”

This woman then exhibited what I now can identify as the number one western response to eastern migration. She squinted her eyes, tilted her head, and asked, Why?

I gave her my best answer. “Climbing.” It’s winter right now and the climbing I am currently referring to is of the ice variety. It’s amazing to be in New Hampshire during ice season. It is almost amazing enough to make a person move here. But I’m telling you the whole story. Because when I say climbing in response to why I moved east, I mean climbing.

Climbing, to me, means everything that comes with the physical act of attempted upward movement on rock, snow, ice, or vertical grass clumps in Mozambique. It means finding a new thirty-foot long ice route after two hours of post-holing in the woods, eating too much desert with three friends under a full moon lighting up Mt. Washington, and meeting a new friend every time I step into the outdoors with my boots, skis, or just plain old shoes on. Climbingis the thickness of life.

Since getting out east in January I’ve been busy with all of this climbing. It’s what makes this community in the Mt. Washington Valley thrive. It is what makes it possible for me to live here. I’ve lived in many outdoor towns in my life. This one ranks up as one of the best—for all of the ways the outdoors intersects my life when I am here. Maybe it has something to do with just how long folks have been integrating the mountains into their lives here. They know that when climbing is climbing, climbing is more. Next weekend there is a grand celebration ofclimbing in Boston at the American Alpine Club’s Annual Dinner. If you climb, want to climb, or have a grandmother that climbs, you should come. This is when our community is at its thickest best—when we celebrate the vertical and all that comes with it. I’ll be there. Join me?

Tickets are available until February 24th. Get yours today HERE

See you March 3rd in Boston.