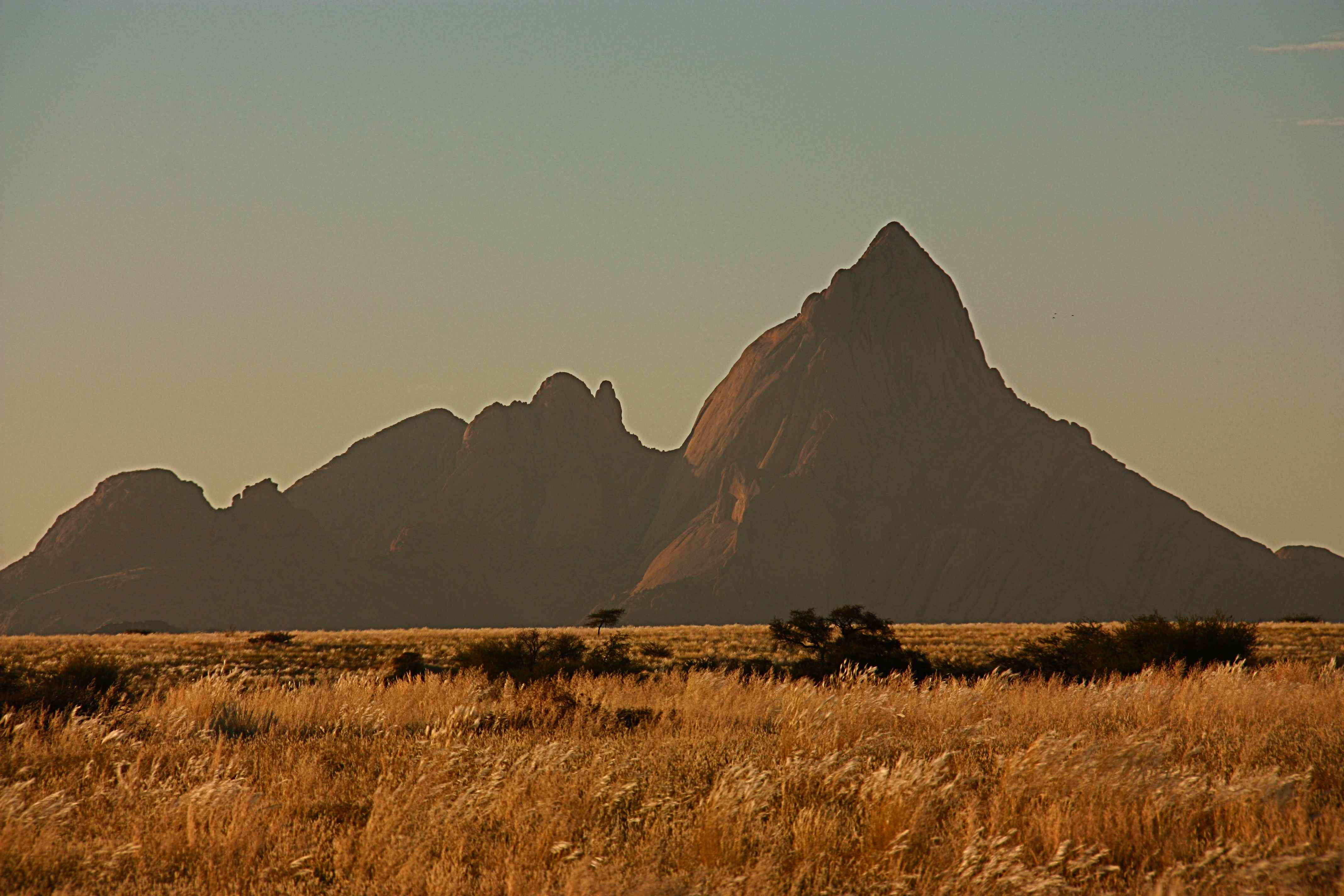 People here call Namibia “Easy Africa.” The roads, when they’re tarred, are great. You can get a fully kitted out 4X4 with bed linens and a lantern. You can car camp at the base of that mound of granite pictured there: Spitzkoppe. It was what brought me here in the first place. Kate and I have spent the past week climbing exfoliating faces, huecos, and cracks. The winter nights start at 6pm and we bring back swollen fingers and toes to nurse them at camp. This is our version of “Easy Africa.” We have three days left of it.

Spitzkoppe is a great granite plug visited by tourists, climbers, and people like our friend Piet Steenkamp, with his purple flying machine. It’s a common destination. We stumbled into another campsite on Saturday to be greeted by cold beers. We went back to ours to read up on Elephant attack behavior. We’re lucky, Piet came (without the flying machine) and is telling us stories. He’s fifth-generation Namibian and has the equivalent number of tales. It’s bad when the elephants flap their ears. Don’t leave a leg sticking out of your tent at night. The scorpions with the big pinchers are the least of your worries.

Next up is the north. As far up as we can go—vertically, geographically, mentally—you pick it. The rest of the team arrives today and we are whisking them through the city and into the bush. I haven’t told them about the thorns and pricker bushes, or the grasses lush from four years of heavy rain. I’ve barely told them about the climbing. For Peter and Gabe and Chris, Namibia is still a destination. For Kate and I, it has become a home. Maybe that’s what it means to be a traveler.